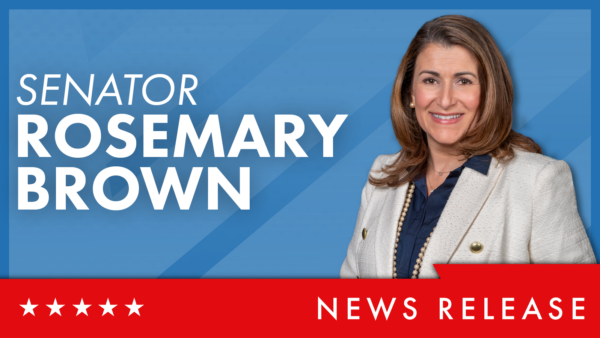 HARRISBURG – State Sen. Rosemary Brown (R-40), who was sworn into office on Tuesday to begin her first term in the state Senate, today announced she has been appointed to serve as chair of the Senate Local Government Committee.

“I’m honored to represent the residents of the 40th Senate District and pleased to chair this very important committee,” Brown said. “I will work hard as a senator to ensure we make common sense, thoughtful decisions for our district and the entire Commonwealth. This is a critical time with a multitude of issues facing our state and we need to make smart short and long- term decisions.”

“I’m committed to working with my colleagues to expand economic opportunities by working with businesses, enacting policies to support tourism initiatives, expand broadband services and promoting other measures to enhance job creation in Pennsylvania,” Brown said.

The Senate Appropriations Committee reviews the fiscal impact of all legislation and plays a crucial role in negotiating and developing the annual state budget. The committee holds a series of public hearings each year to review the governor’s budget proposal, hear from the leaders of state agencies and departments, and ensure tax dollars are spent efficiently and effectively.

“The Commonwealth must be committed to workforce development programs and educational initiatives to help build our workforce and build employment for residents.  We need to prepare for the jobs of today and tomorrow and the employees needed to attract businesses to Pennsylvania” Brown said.

The Senate Transportation Committee considers legislation and provides oversight for all operations of the Commonwealth’s multimodal transportation system, including policies and programs related to roads, bridges, public transportation, railroads, airports and ports.

Residents also are encouraged to learn more about Rosemary Brown by visiting her website at www.SenatorBrown40.com and signing up for her weekly email newsletters.

The 40th Senate District includes areas of Lackawanna and Wayne counties and all of Monroe County.